I’ve been SO lazy! I finished this leg last Wednesday, but I’m just now blogging about it. I had asked for prayer through this area. I’ve long ago said that the ‘road’ couldn’t throw anything at me I haven’t already dealt with, but the San Marcos Pass (Hwy 154 into Santa Barbara) definitely put that statement to the test.

When I walked my first 5 miles on this road the shoulder was generous.  No problem, even though I knew the cars were coming by non-stop and were going MUCH faster than the 55 mph speed limit. The problem came after that first 5 miles – the shoulder completely disappeared for much of the route, and because there was no bus I had to use my bike as my shuttle vehicle.  I really was nervous and prayerful about those bike legs in that heavy traffic.

However, God provided a way out in yet another remarkable way…

I had chosen to take it a few miles at a time, ‘leap-frogging’ with my car and bike.  I’d walk with my bike for a mile or two then ride it back to my car, load it up, drive to where I had stopped walking – and repeat.

The little miracle I discovered upon my first bike leg was that not a single vehicle passed me – even though they had been coming by at the rate of about 2000 per hour the day before.  I was incredulous – where were all the cars???

Then I remembered the construction zone to my south! From time to time they had a flag man that held up traffic for up to 10 minutes at a time.  I happened to be traveling when they were working, so there were 10-minute gaps in the northbound traffic. Upon that realization, I timed my bike legs during those gaps and had the road all to myself!

All of the jockeying with the bike and car took extra time, so I didn’t get quite as far as I’d hoped (and it also started raining).  I still have 10 miles to go on Hwy 154 before I get to Santa Barbara on Monday, but I think I’m set up well – and I’m confident that this last leg of ‘crazy’ won’t be all that crazy after all! 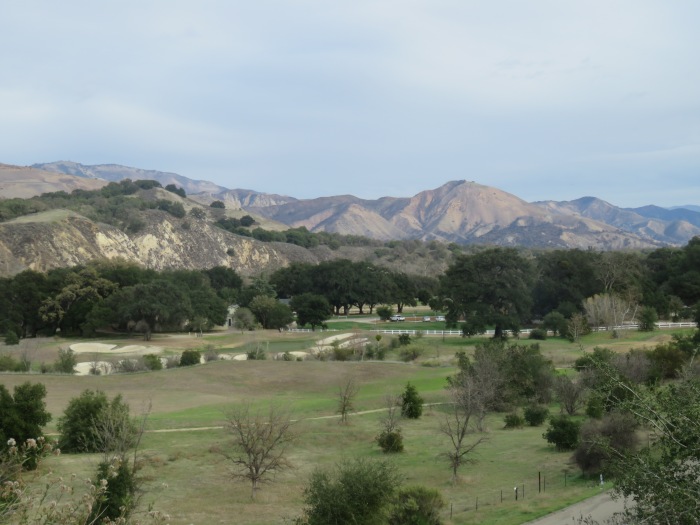 But let all who take refuge in you be glad; let them ever sing for joy. Spread your protection over them, that those who love your name may rejoice in you. ~ Psalm 5:11